Introducing Heretic Spirits’ latest creation of the Poison Apple Cocktail just in time for Oct 31, the Pretty River. Filled with flavour and a very distinct tinge of nostalgia, The Pretty River Poison Apple will bring you all the way back to your trick-or-treat days with a big boozy twist. The combination of apple and caramel, in perfect harmony with Heretic Vodka’s robust profile, creates this bold cocktail that is both eye-catching and delicious.

How to Make the Best Poison Apple Cocktail 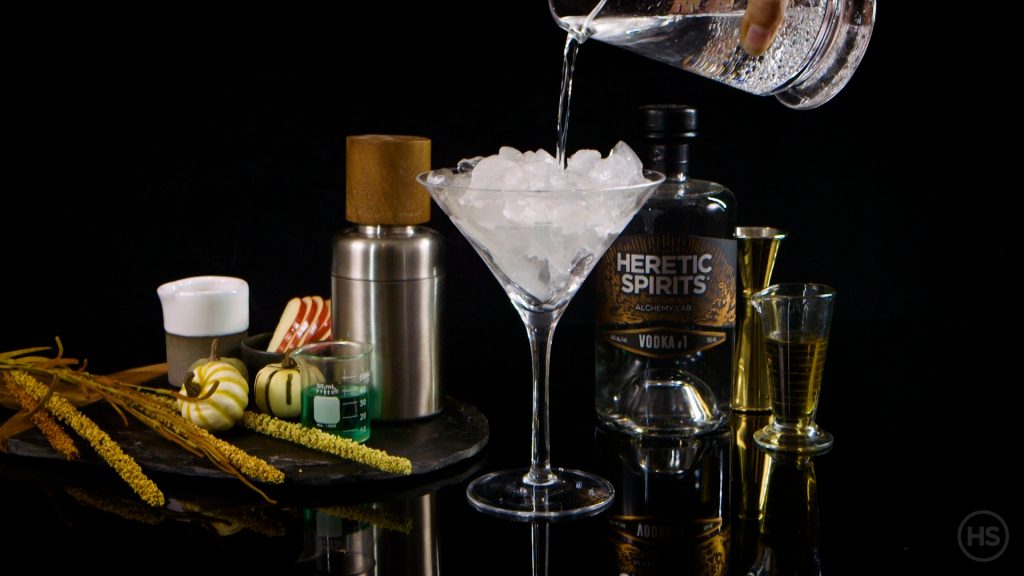 Fill a clean martini glass with ice and soda water, once glass is frosted, empty ice and soda. 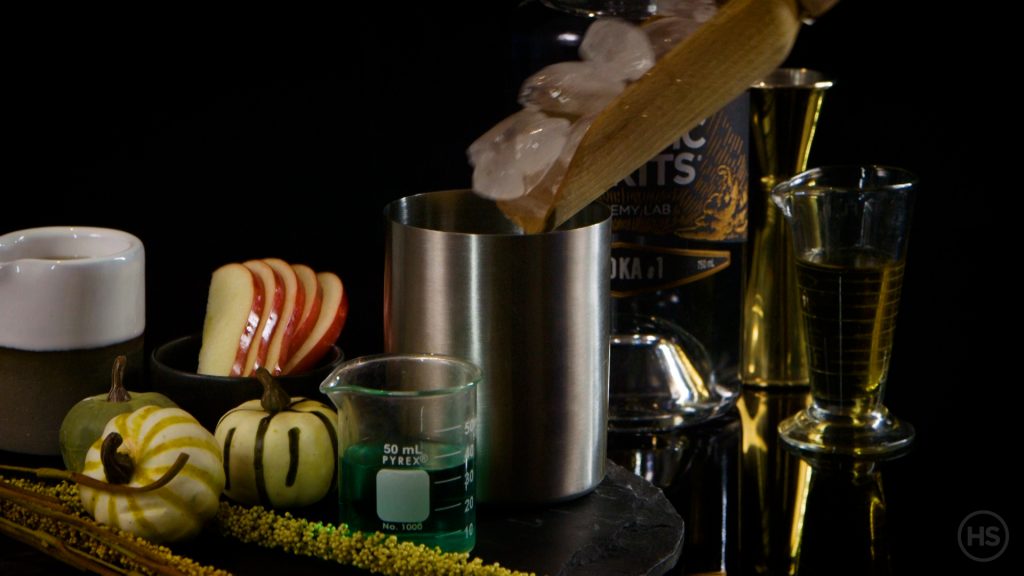 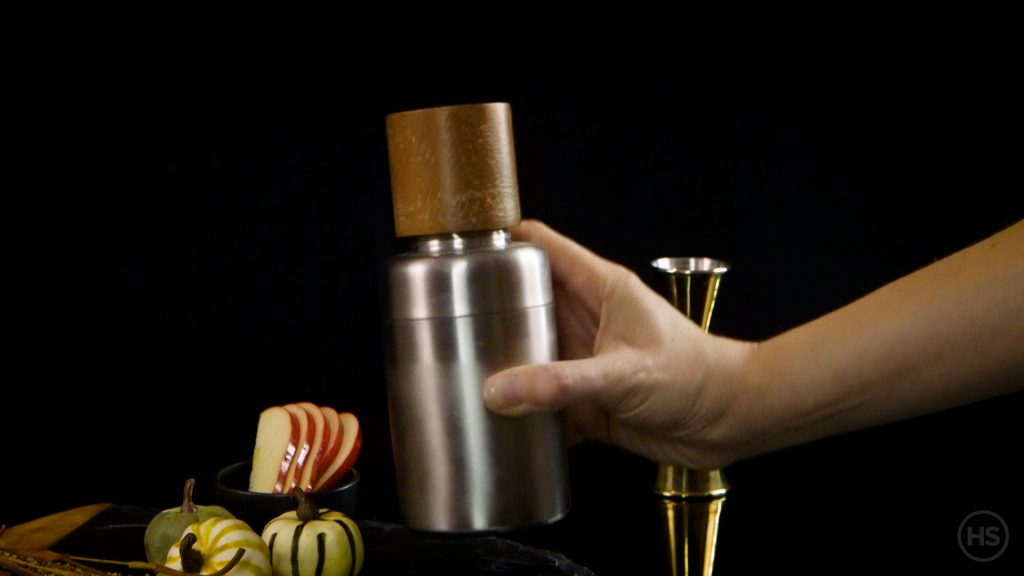 Shake vigorously for a minimum of 10 seconds. 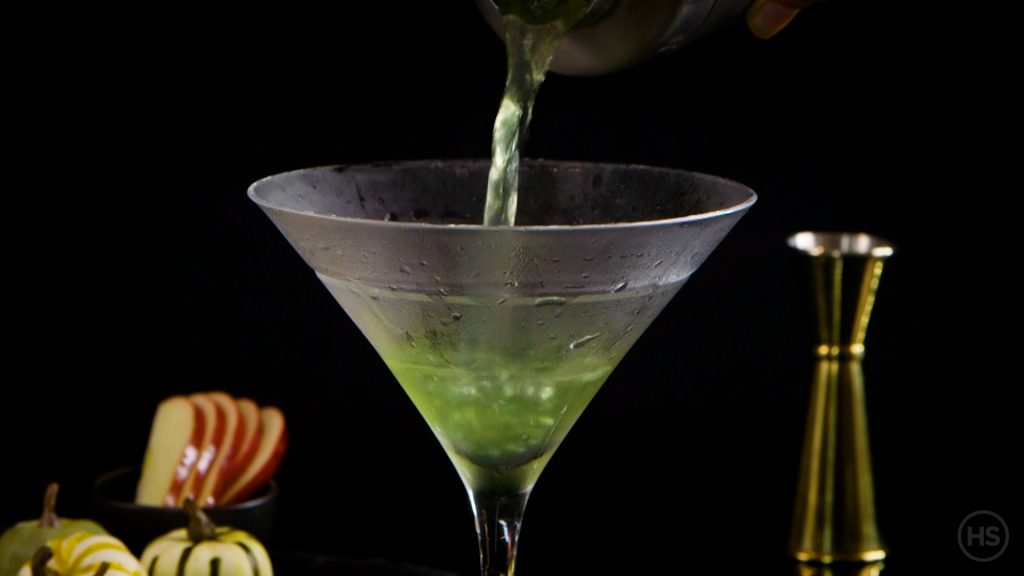 Strain all ingredients into chilled glass. 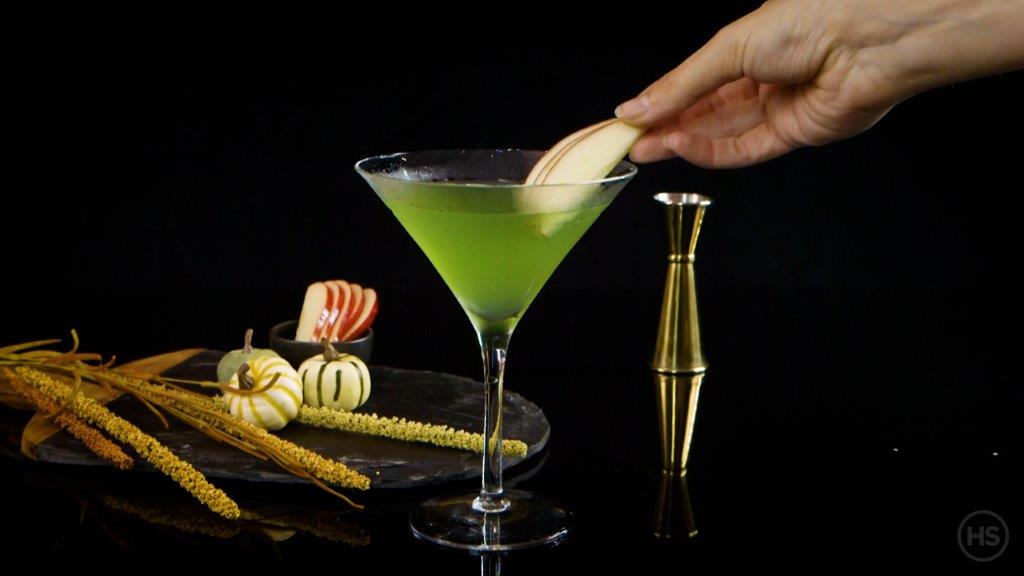 Add thinly sliced apple to the rim of the glass. Serve and enjoy!

Audio recipe for a Poison Apple cocktail – The Pretty River

TIP: Although you can use any apple juice for this cocktail, it is highly recommended to use a cloudy apple juice in order to achieve the perfect balance of sour and sweet that we set out to create.

Legend has it there walks a woman along the banks of the Pretty River. Only on a cool October’s night does she appear.

Don’t let her appearance fool you. She’s good from afar but far from good. The mistress will tempt you – offering potions of another worldly sort. Her most trusted weapon: a cocktail. Made from only the finest of ingredients, with flavours as bold and as powerful as the mistress herself. With a texture as fine as silk, and a colour that beckons all those who gaze upon it. The Pretty River Poison Apple.

Be warned, dear reader. Many a mortal have given in to the temptation and have drunk the forbidden drink. None have been the same afterwards, for once you’ve tasted The Pretty River Poison Apple, no other cocktail will compare. Nothing will ever be as smooth, or as flavoursome, or as satisfying. The secret to its power?

The mild bouquet of Heretic Vodka pairs effortlessly with the pronounced taste of liqueurs in this cocktail, making it hauntingly balanced. Not too sweet nor too tart. A cocktail so light and delicious that its potency is masked beneath the surface. Trust us when we say, this drink has a powerful effect, but you’d never know from its incredible taste.

Inspiration for this elixir may have come from the common appletini. The Pretty River Poison Apple, however, gives its drinker a more elaborate flavour profile than its predecessor. The addition of Butter Ripple Schnapps adds another layer to get lost in, but the real difference comes from the vodka. The key to creating any libation as life-changing and sublime as this one is to use only ingredients of the highest quality. And there may not be anything as synonymous with quality as Heretic Spirits.

Most cocktails need a food companion to bring out their true potential, but not The Pretty River Poison Apple. This cocktail is so rich and complex that it doesn’t need to rely on an edible pairing to get attention and make a name for itself. It stands alone between adventurous taste and holiday charm. So instead of confining this drink to being a dinner-time accent, take it out with you on the town. Mingling your way through seasonal parties with all eyes on you and your pristine potion.